Senior Citizens and Marijuana, Enjoying Their Golden Years Together

When many people think of cannabis consumers they think of college kids, slacker stoners, sexy girls taking selfies and generally the ill. What many do not see is that medical marijuana and recreational marijuana offer amazing benefits to our aging population. Cannabis is showing significant benefits to senior citizens across the country. Many seniors in fact are retiring to cannabis-friendly states such as Colorado and Washington.

The Sunshine States Seem to be Green States

These states hold something more than warm weather and sunshine. They hold a genuine freedom for those who live there. The freedom to choose how to medicate. Many senior citizens find that they can either eliminate or replace their daily pill regimen they are prescribed by doctors, with cannabis. Not only can they replace these daily pill regimens they can also save money in the process. The average senior citizen spends only $350 a month according to polls conducted in Colorado in order to purchase medical marijuana. A single prescription medication alone for pain relief can cost that.

Stepping Out of the Closet to Enjoy Their Golden Years

Some of these seniors have been in the closet cannabis consumers for years, while others are just opening that closet door and stepping out. Many of those who are in their golden years find instant and an extreme relief with cannabis compared to the prescription drugs they have been on for years. They also find that they do not experience things such as loss of appetite and the disorientation they experience with prescription drugs.

All in all, cannabis is proving to be a broad-spectrum medication whether it is utilized recreationally or medicinally. It knows no age boundaries and has no discrimination. Cannabis is helping to cure children with rare diseases and helping to give others a chance at life by controlling and managing their symptoms. Cannabis is saving teenagers that were told they are terminal. Cannabis is also saving moms, dads, brothers, sisters, aunts, uncles, and cousins around the world, who are utilizing whole plant therapy, that is provided by marijuana.

Marijuana is a culturally diverse plant that is loved worldwide. Nationalities, religions, and cultures around the world all have a common bonding with cannabis. States that toy with laws are finding citizens make the change by demanding it. Florida is pushing for legal medical marijuana and will most likely succeed in the 2016 ballot. Sadly, I believe they’re doing this because they are losing their retiree population that is famous for moving to Florida to enjoy the sunshine state during their golden years.

Reefer Madness is Coming to an End

Marijuana legalization in the end of marijuana prohibition is approaching a closer and closer point on a daily basis. The politicians of our country are seeing that supporting alcohol and tobacco and not supporting cannabis is proving to be career suicide. Medical facts about marijuana are out and it is obvious that the Reefer Madness propaganda of the past was a series of lies built at the attempted eradication of a miracle plant. The pharmaceutical industry, private prison corporations, police unions, along with the alcohol and tobacco industry make millions upon millions of dollars a year off of poisoning America.

Either by intoxicating alcohol which is the cause of many deadly crashes and a leading cause of violent crimes. Offences such as rape and domestic violence. Or tobacco, for example which is responsible for hundreds of thousands of deaths a year. Marijuana is responsible in return for zero that’s right I said 0 deaths ever!

Try some Mary Jane if you’re looking to cure your pain. She’s sure to help make you feel better, no matter the time, no matter the weather. The evil man, had an evil plan, to keep this plant away, from the land. This is just another plan, that has blown up in their face, they tried to eradicate it, but marijuana is still all over the place. Find yourself some medicinal smoke, take yourself a medicinal toke, feel the medicine relieve your pain, enjoy the power of Mary Jane. You’re sure to find a strain, that will help you with your pain, one that’ll work just right, whether you need to be motivated in the day, or sleep at night. One thing I have to say about Mary Jane, is man it, could save people around the world, and help heal the planet!

TN Nurses Have a Chance to Learn About Medical Cannabis

This October nurses in the state of Tennessee will have a chance to learn about a topic they have never been able to professionally attend a class on before. Thanks to the Patients Out of Time organization and Mary Lynn Mathre who is an RN, MSN, and CARN as well as a medical cannabis and addictions nurse consultant nurses in the state of Tennessee will finally be able to professionally learn about cannabis and its medical applications. 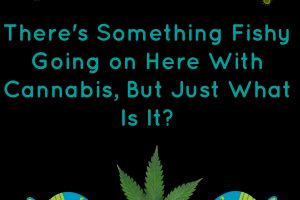 There’s Something Fishy Going on Here With Cannabis, But Just What Is It

There's something fishy going on with cannabis, but just what is it? Cannabis is popping up in the news everywhere it seems. Sometimes it's hard to decipher the real news from propaganda and fake news. While reading the headlines recently I ran across one that caught my interest. Most of the articles having to do with cannabis seem to be about the same thing anymore. You're lucky to find one showcasing an actual medical patient or someone unknown in the culture and community. The story I ran across however I found fishy right away. 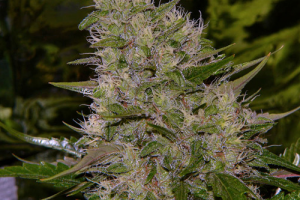 11 tips on ways you can save some weed for when you need it most.