The MPP is Banned from Mississippi

The Marijuana Policy Project is one of the biggest names when it comes to organizations fighting to reform marijuana laws. It has been the organization that has been behind many of the successful initiatives that have led to legal marijuana industries in states such as Colorado. The organization was founded to bring people together to fight the draconian cannabis laws across the nation. This is been exactly what the MPP has been doing for several years now but, unfortunately, they recently were banned from fighting for legalization and raising funds to support their cause in the state of Mississippi. This is all due to the fact that the MPP’s Executive Director Rob Kampia was convicted on felony cannabis charges in the state of Mississippi for growing personal cannabis plants while he was in college. 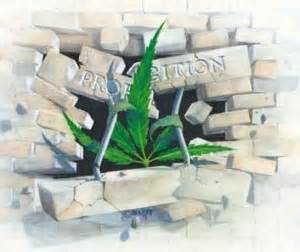 Rob explains that “This isn’t the first time MPP has been discriminated against. For example, (1) MPP almost lost our employees’ retirement plan until a member of Congress intervened, (2) the bank where we’ve been doing business for 20 years won’t give us a line of credit because they don’t like our “mission,” (3) we had trouble opening a brokerage account, (4) we had trouble getting credit card processing for our five ballot initiative committees, (5) numerous landlords wouldn’t lease office space to us or our campaigns, and (6) the IRS has audited us twice. And now we can’t raise any money in the entire state of Mississippi because of a marijuana conviction 26 years ago?” The MPP has come back stronger than ever each time and that is exactly what we expect to see in Mississippi as well. This is just another one of the ways that our government officials are holding on to the failed war on drugs and wasting taxpayers’ dollars. This is all also just further proof that the prohibition of cannabis can greatly affect your life for many years after a cannabis charge is put onto your record. This man served his time, paid his dues yet still years later is being prevented from pursuing his passion because of a charge that is more than 2 decades old. Prohibition takes many prisoners, far more than just those who are behind bars.  Thank you to Rob Kampia, the MPP and to everyone out there that continues to fight this great fight each and every day.