Smoke a joint or bowl with your budz. If you’re anything like me, then your budz are as colorful as the sweet nuggz that you’re smoking on. We see a bigger picture and all agree that the media coverage lately is doing nothing more than trying to give politicians more control over the people. Look at it from our point of view for a minute. If they can cause enough civil unrest, they can enact martial law for our own protection. They have ordered a record number of armored vehicles, and they are being secretly stored in Kentucky according to multiple internet reports. These armored vehicles would be used for to help patrol the streets enforcing martial law have been being shipped in by the trainloads in the night across the country. Many of these requests for these armored vehicles are for the war on drugs, in particular, the war against marijuana. WTF do you need a tank to destroy marijuana for. You don’t! You use vehicles like that to police the streets and people taking away our freedoms! All of us in the cannabis community know this because these tyrants have been after us for years trying to silence us and destroying our lives. The media along with the United States government are trying to fuel what many consider an attempted race war. I have lived in several major cities and have a diversity of friends. We all get along just fine and always have each other’s backs. The only racial fire seems to be being what is being promoted by FOX, social media, and politicians. Are you serious? If there is an issue with the schools or with the police departments it is only because of a few people and their power crazed attempt at personal control of others. People like that suck. They come all in all colors, sizes, religions and none of them are racist to any one group they are racist to humanity itself! What the media’s propaganda is after, is trying to divide America apart and create civil unrest. They know if they stir enough dirt up that the masses who just read three sentences of a Facebook or Twitter feed rather than the entire stories surrounding events, will take to the streets in protest.

These protest are justified but at the same time they give power to the politicians. Don’t believe me, look at the reports on all the presidential candidates when asked about the situation going on in Missouri. Most say they haven’t been following it or have been busy!  Busy not paying attention to the country like they are supposed to because they are plotting taking it over! This will cause civil unrest and will ultimately give politicians what they are looking for and that is a way to enforce marshal law. I am so lost in the views of this race issue. Guess what, that puts me in the same place as many other minorities or poor people in the world. Racism is not about color as it was in the past, it is about the size of your bank account and how much you spend in the public eye. I have been beat down by the police, turned down for work, and judged because of my monetary positioning in life. 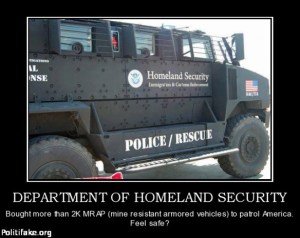 A race war is a great way for our political leaders to do what they see fit to protect the people. This is fuel to their fire for domination. Fox and all other media channels on the web seem to be running some kind of a racial story on a continuous basis lately. This gets the one click and I know it all generation all fired up. We as a united people of all colors, religions, and places of birth need to remember that before America was America it was the New World. A place for people everywhere to come and not fear persecution for their beliefs be they spiritual or political. For the most part we all get along. There will always be people who judge other not on color or religion but rather on the size of their bank account. Asking can they afford $7 coffees at Starbucks? Where do they live? What they do for a living? And what kind of car they own and how many of them they own? Let these people be. Don’t lower your standard to appease them or change who you are to make anyone else happy. Surround yourself with the cannabis culture. Here you will see that marijuana has no racial barriers. People around the world are united by the love of this amazing plant. All colors and religions of people get along universally when marijuana is involved. Only the cartels and the DEA make dangerous situations arise from marijuana. This is all the more reason they feed us the media stories to promote racial tension. They don’t want the nations to come together as one and heal. Sick nations give way for control and profit. Don’t fall victim to the racial propaganda that the media covers so vigorously. Don’t be mean to people. You don’t know their story. In general just don’t be a dick! Man or women, black, white, yellow, brown, red, purple, green, or blue, be kind to people and the planet. Richness is not measured by the size of your bank account. Richness or wealth is measured by the amount of love and compassion in your heart. Wrongs are wrongs and there is nothing wrong with standing up for our personal rights. We should do this as a people not a particular group otherwise it will never change. Bob Marley said it true and pure from the heart when he was quoted saying ‘Herb is the healing of the nations.’ This would be why governments have fought for so long and ruined so many lives in the name of marijuana prohibition. It only takes a single seed to tip the scales of injustice to favor the people. Are you that seed? 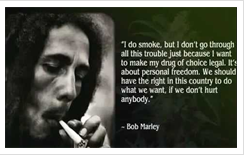 2015-11-14
Previous Post: Why Was Marijuana Not Legalized in Ohio and What's Next?
Next Post: Howard Marks AKA Mr. Nice Intro