Here’s A Hard Pill to Swallow

The Fight Opioid Overdose and Addiction with Medical Cannabis Project is something you’re encouraged to become a part of. With thousands of lives lost every year to the misuse of prescription opioids, something must be done. We are faced with staggering statistics that are alarming when it comes to the opioid epidemic.

The problem is real. The opioid epidemic has reached every corner of the planet and affects people from every walk of life. Not just people in a low-income bracket as suggested by the CDC. “The Centers for Disease Control and Prevention (CDC) considers people on Medicaid and other people with low-income to be at high risk for prescription drug overdose.” 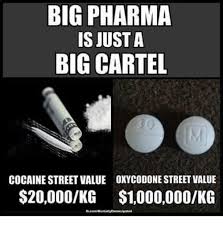 What I take from this is we are murdering the sick and poor because they are inconvenient. I call it murder when you put the instrument of death in the hands of someone. You may not have murdered them yourself personally but you might as well have.

More than 33,215 Americans die every year from an opioid overdose. America sucks down 80% of the planets opioids yet America only represents 5 % of the global population. It’s as if a silent war was waged. The bullets come in the shape and form of a pill. Only instead of dodging these bullets (pills) and trying to put an end to being shot at, we pay to eat these bullets daily. 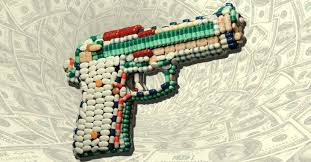 I could quote the CDC (Center for Disease Control) and other sources that are supposed to be authorities but figured you’d like to see the stats and quotes for yourself. Look at these trending headlines I’ve put together neatly all in one place for you. They all are linked to the accompanying story. I encourage you to see the problem. These companies are caught red-handed. Red-handed with the blood of thousands of American lives on them and countless others circumferencing the globe.

A Big Part of The Problem Is Right Here

Sadly the opioid epidemic is being fueled by the very same people we put the trust of our health in. Prescription drugs are overly prescribed. Doctors are getting rich from kickbacks or perhaps even threatened if they don’t participate in the program. That’s not unheard of when it comes to players like this.

This is just the tip of the iceberg when it comes to those responsible for pouring fuel on this fire. The war waged by these kinds of people profits not only pharma. Private prisons profit from an increase in crime. Insurance companies profit from the countless claims and doctors’ visits. Then there’s the scary side of it. What if they have so much money it’s no longer about profit but rather what they can get away with and for how long? 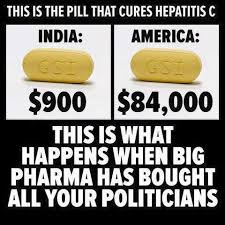 We’re Finally Getting Tired of This

There is a new plan in the works to combat the crisis at hand known as the opioid epidemic. That plan is to sue the suits off of pharma.

Jan 9, 2018 – “That leaves states, counties, and cities to bear much of the cost—and they want Big Pharma to pay. “We kept seeing our crime problems … In a statement, Purdue Pharma said: “We are deeply troubled by the prescription and illicit opioid abuse crisis, and are dedicated to being part of the solution. As a company grounded in…”-The Daily Beast

Oct 11, 2017 – “A syringe used to inject OxyContin found on the ground in Everett, Washington, whose mayor is suing Purdue Pharmaceutical Elaine Thompson/AP Photo … The cities developing the lawsuits listed below are bolstering the state effort in holding Big Pharma accountable, much in the way that 46 states and …”-City Lab

Oct 31, 2017 – “New Jersey on Tuesday sued Purdue Pharma, accusing the OxyContin maker of contributing to the state’s opioid crisis through deceptive marketing to doctors … Many state and local governments have filed lawsuits to hold drug makers accountable for a nationwide opioid epidemic, which President Donald…”-Fortune

Sep 28, 2017 – “Washington state on Thursday sued OxyContin maker Purdue Pharma LP, becoming the latest state or local government to file a lawsuit seeking to hold … According to the U.S. Centers for Disease Control and Prevention, opioids were involved in over 33,000 deaths in 2015, the latest year for which data is…”-Reuters

Dec 4, 2017 – “Montana has become the latest state to sue Purdue Pharma LP for its alleged role in the opioid crisis, as the maker of OxyContin presses for joint talks with states to resolve similar, widespread … WSJ’s Jason Bellini reports on why the medication option is controversial, and in many places, hard to come by.”-WSJ

Jan 5, 2018 – “Newly unsealed sections of a lawsuit brought by Washington state Attorney General Bob Ferguson against Purdue Pharma show how the company partnered with local doctors to increase prescriptions for a highly addictive prescription painkiller. … The document, made public Friday…”- The Seattle Times”-

Sep 19, 2017 – “The states’ attorneys general are banding together to investigate the makers and distributors of powerful opioid painkillers that have led to a spike in opiate addictions … Endo International, Janssen Pharmaceuticals, Teva Pharmaceuticals and Allergan, as well as additional subpoenas to Purdue Pharma.”-NPR.org 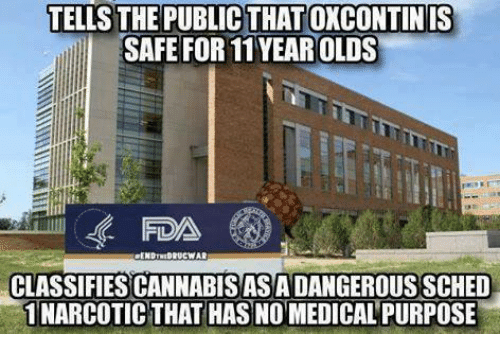 Hold Them Accountable, No Amount Can Account For The Lives These Tyrants Have Ruined

Pharma has knowingly dealt a crippling blow to what at one time was the most powerful country in the world. That blow didn’t stop with America. It was a devastating hit that sent a ripple of death, destruction, addiction, and pain reflecting out to the rest of the world.

Now they are opting to buy their way out of it. Take their money the way you’d seize a drug dealers assets. Incarcerate these people and make them pay for their crimes. I know, yeah right, and you’re right. They will get off and continue to do what they do. Profit both mentally and financially off of the misery of others. Here’s an example of them knowing they are wrong and trying to save money paying for it. 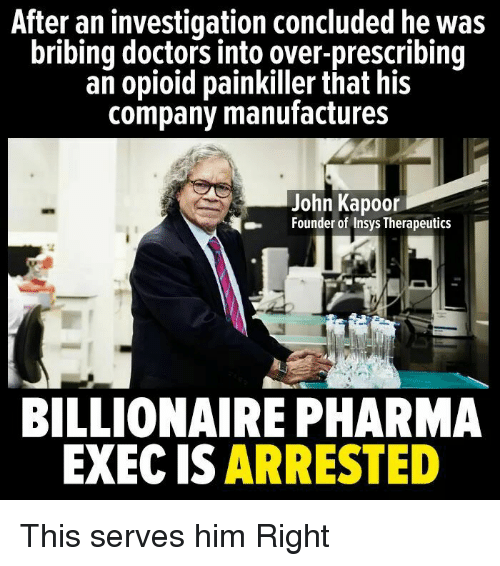 Nov 17, 2017 – “OxyContin maker Purdue Pharma LP is proposing a global settlement in an attempt to end state investigations and lawsuits over the U.S. opioid epidemic, according to people familiar with the talks. Purdue’s lawyers raised the prospect with several southern-state attorneys general who haven’t sued the…”-Bloomberg

Here’s What’s Really Happening With Cannabis and Why

The cannabis we love is doing all kinds of things, most good and unfortunately some not so good. The good cannabis is doing we hear about frequently. Cannabis is helping to cure cancer, combat anxiety, fight PTSD, control epilepsy, and more.

The not so good would be things like using Eagle 20 on cannabis in California and who knows where else. Taking the fun out of weed by replacing the consumer base with a bunch of straight laced, this is an industry suits. More of the not so good is when pharma works to replicate cannabis in a lab. 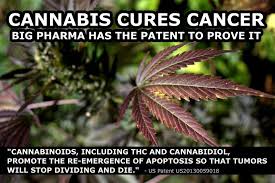 Jan 11, 2018 – “A synthetic marijuana product could be available for commercialization after the DEA gave a newly approved drug a schedule II classification. … Insys Therapeutics, a pharmaceutical company that was one of the chief financial backers of the opposition to marijuana legalization in Arizona last year, received preliminary…”-American Digital News

More of the not so good is when small family farms and growers are pushed out of the market by large mass production farms. Large grows don’t flower their plants to perfection. They are on a 45-day calendar cycle aka a calendar grow. Plants require love to make good medicine. Happy plants make happy medicine. Sad plants…well.

Jan 2, 2018 – “On January 1, 2018, California became the largest marijuana market in the United States. But some farmers in America’s most populous state feel like they aren’t actually going to have a fighting chance when the market opens. According to some small and medium-sized growers in California, they have spent the last few…”- circa.com

Dec 29, 2017 – “Producers in September were getting an average wholesale price of $2.53 a gram of pot. Those prices are a lot lower than what the pot … Big recreational producers have swallowed up most of the market, pushing out the small-scale growers of the black and medical markets. From January through September of this year,”-Fivethirtyeight.com 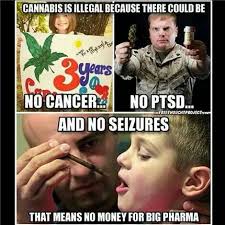 Cannabis Is an Exit Drug from Alcohol, Tobacco, and Prescription Drugs

These are some of the wisest words I’ve heard in a while. I can only hope that more people will stand up and support a much-needed change before any more damage can be done.

“Cannabis is an exit drug from alcohol, tobacco, and prescription drugs”-Dr. Uma Dhanabalan.

“[Marijuana] doesn’t have a high potential for abuse, and there are very legitimate medical applications. In fact, sometimes marijuana is the only thing that works… [I]t is irresponsible not to provide the best care we can as a medical community, care that could involve marijuana. We have been terribly and systematically misled for nearly 70 years in the United States, and I apologize for my own role in that.”-Dr. Sanjay Gupta

I hope putting all of these articles and links together in one place makes this a resource that helps to teach what an epidemic we are facing. I hope it shows you why we’re facing it and how we can help put an end to the devastating global opioid epidemic.

By: James Priest of CannaLance