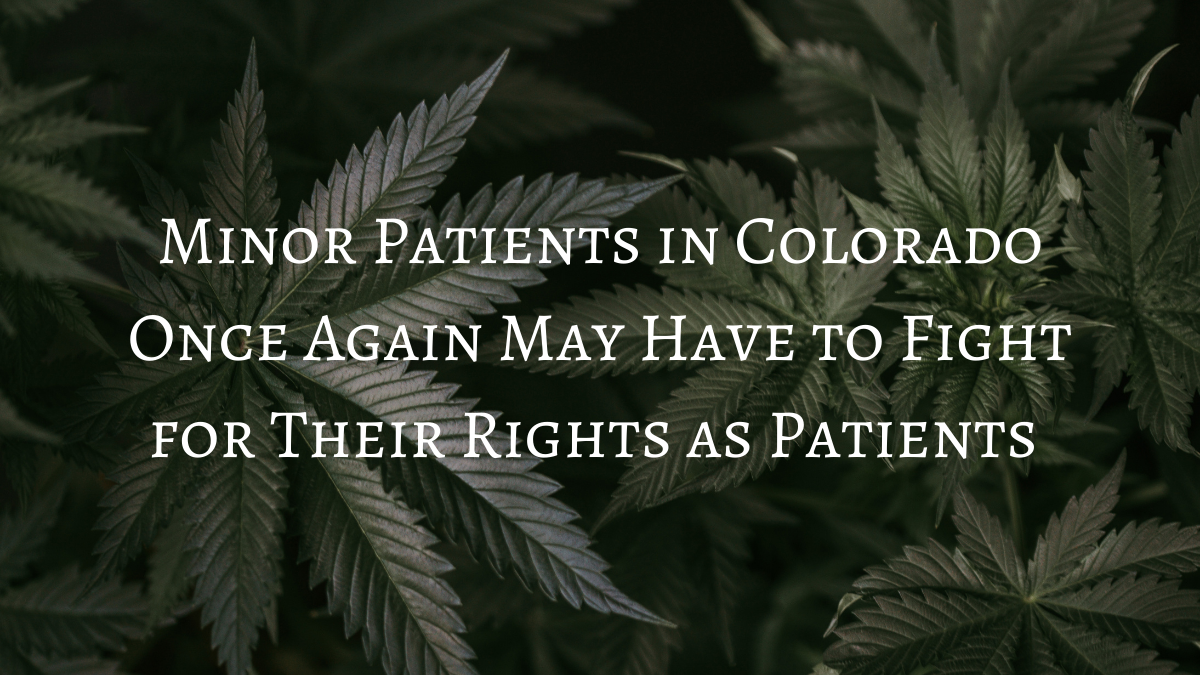 Colorado and cannabis have become a common pairing these days. In November of 2000, 54% of voters in Colorado approved Amendment 20 to legalize a medical cannabis program. Then on November 6th of 2012, Coloradoans voted in favor of Amendment 64 to legalize cannabis on a retail level for adults. Amendment 64 included policies for retail adult-use or recreational cannabis and rules for the hemp industry. Retail legalization officially kicked off in Jan of 2014. Since this time, people have made the trip to Colorado from all across America.

Sure, a lot of people come to experience legal weed, but sometimes it can be deeper than that. Sadly, all Americans do not enjoy the same freedoms state to state. America is still struggling with being divided by imaginary lines and governed by outdated policy. Those who live in prohibition states or even other legal medical or recreational cannabis states, often seek medical refuge in Colorado. Colorado is known for having the most open policy for medical cannabis patients, including minors.

Many adults and minors alike that were told their time was coming to an end chose not to believe the words of their doctor or sometimes teams of doctors. Instead, they took matters into their own hands and went to Colorado to explore their options with medical cannabis. The doctors and physicians in Colorado are more open to working with cannabinoid therapies rather than citing cannabis as a potential source of the problem.

Cannabis and Kids – It’s Not What You Think

Cannabis and kids is a subject many people still have to learn about. When people think about children and cannabis many of them jump to the conclusion of kids getting stoned smoking weed or eating pot brownies. They think that the idea of children consuming cannabis instantly associates with recreational drug use. These people are wrong in every way imaginable. Their ethical morals would likely push endless pharmaceutical concoctions down the throats of sick children until the point of doctors telling parents to make final arrangements and spend their last little bit of time with their child.

Sadly, many parents have already heard this line of crap from the medical community and that is why they decided to seek refuge in Colorado. Colorado has been a sanction for families across the United States that have sick children who could potentially benefit from cannabinoid therapies. Children such as Alexis Bortell, Coltyn Turner, Gavin Dose, Dom Merrow, and many others have found a quality of life they could never have in their home states thanks to the medical program being available in Colorado.

Success Thanks to Cannabis

Cannabinoid therapies have been proven to be successful for many children in Colorado. These children have exhausted all other medical options only to be told it was the end of the line before finding hope at a higher quality of life through cannabis in Colorado. Seeing the success of how cannabis is helping children is miraculous. Children that were not able to speak, many who suffered frequent violent seizures, and various other debilitating conditions are showing signs of improvement thanks to cannabis. Both THC and CBD along with the many other cannabinoids found in cannabis have been playing a pivotal role in the health and well-being of these children.

While some children have found success with balanced levels of CBD and THC, others find no improvement in CBD alone and require the full plant including THC to put their symptoms at bay. Sometimes these regimens have to be adjusted and adapted as time goes on. There is no one method that works for everyone and it isn’t guaranteed to be a cure-all. However, it does give parents hope where previously little to none existed. A hope that has become a reality for many parents thanks to Colorado allowing pediatric medical cannabis patients.

This Story is Sure to Fire You Up

Now an opinion piece in The Colorado Sun has stirred up trouble for cannabis at a time when the science is finally starting to advance. In our opinion, this article is GARBAGE and is nothing more than the work of prohibitionists left with a bad taste in their mouth from cannabis legalization’s success in Colorado. Read the opinion piece in The Colorado Sun about the cannabis hyperemesis hype here if you want to see what crap is being stirred up by elected officials who need to be voted out.

If after reading this you feel as fired up about it as we do, then please reach out to let those working on language supporting the ideals of Blue Sky, Blue Rising, and SMART know you do not support this. Let them know you won’t stand for it. We’ve worked too hard to help Americans have access to an alternative treatment such as cannabinoid therapies, to let that foundation become cracked by the misinformed views of prohibitionists.

Let your voice be heard. Tell lawmakers you support medical cannabis, patients’ rights and freedoms in the state of Colorado. After all, a single seed can tip the scales!