What in the World? 3D Printed Moon and Planets Review 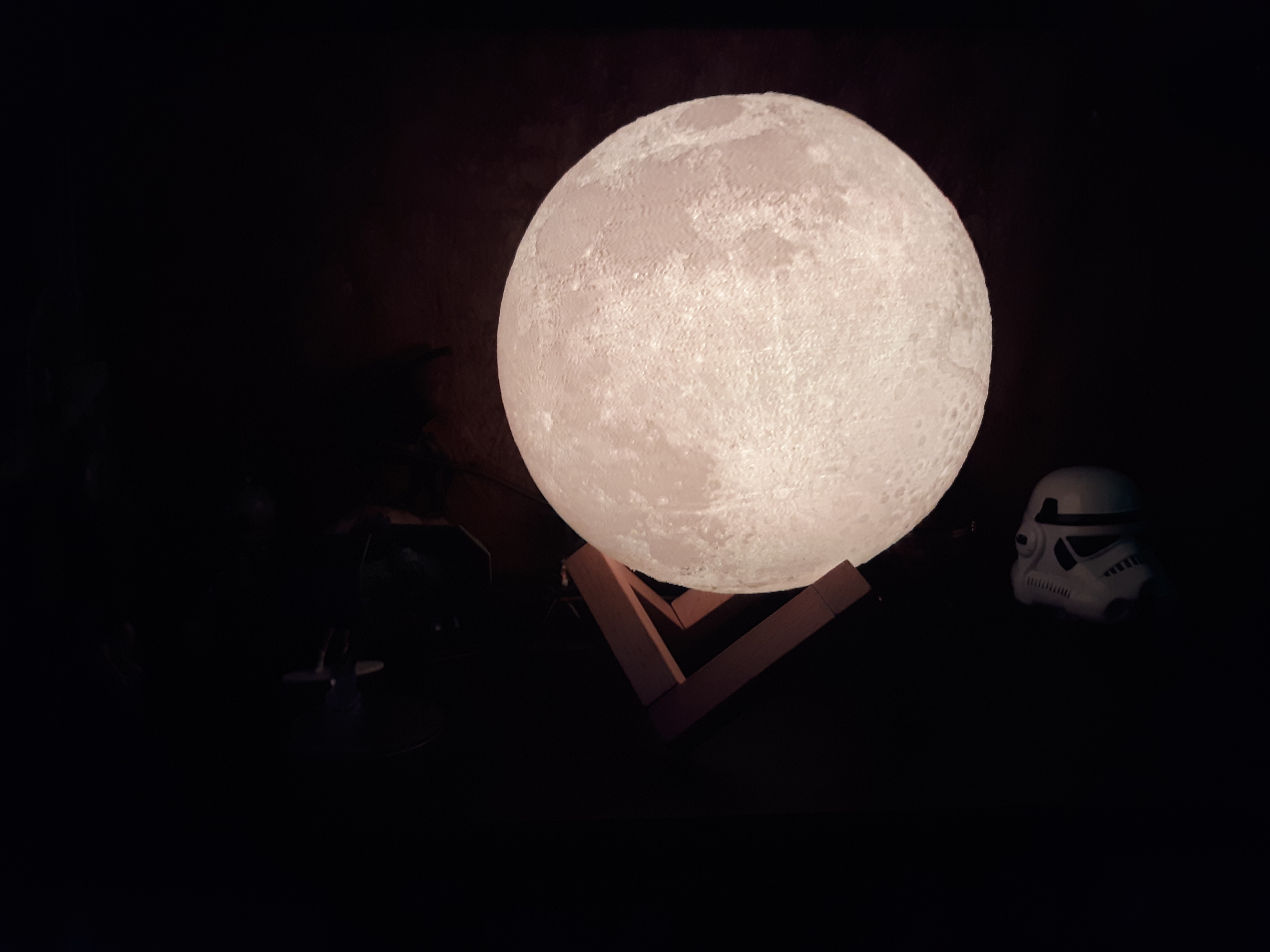 Do you or someone you know love planets and moons? Do you have a child or grown child in your life with a passion for space? Do you know a stoner that loves cool stuff? Have a passion for astrology and space? If you answered yes, then these are must have gifts for those special celestial beings in your life. You can get the Earth, the Moon, and Jupiter to hold in the palm of your hand.

All three of these out of this world wonders are available printed in 3D. The Earth, Moon, and Jupiter have unique details specific to the real deal itself. Imagine holding the earth, the moon, or Jupiter in your hands.

A remote comes with each one allow you to control multiple functions. Color, brightness, and modes like flashing, random and more give you all the control at the touch of your fingers with this remote. If you lose your remote like so many do, you can still operate your device. You can turn it off and on as well as cycling through colors by touching where the charging cord goes in.

The third rock from the sun also known as planet Earth is one of a kind. This oceanic planet is the only planet currently known to support an oxygen rich atmosphere. Earth is unique in that its made up of oceans of liquid water and giant land masses such as islands and continents.

You can see the detail of these continents and oceans on this amazing 3D printed Earth. Areas such as the United States, Africa, Australia, China, Russia, and others are easily distinguishable. The 3D Earth is much smaller than the real one coming in at 5.9 inches in diameter It’s also 100% PLA and nontoxic.

The moon is earth’s only natural satellite and the fifth-largest satellite in our solar system.

Geographical points of interest on the moon like the craters Tycho, Copernicus, and Aristarchus are yours to hold in your hand with this 7.1-inch 3D replica. Even though it may be smaller than the real moon, this 3D moon is mighty, mighty cool.

Did you know that you could fit about 50 moons inside of the planet earth if it were hollow? The 3D moon will give you countless hours of soft moon mood lighting. You or that spacey eyed explorer of the stars in your life will love this moon to the moon and back.

Out of This World Info About the Moon

The 7.1-inch 3D replica of the planet Jupiter is out of this world! The fifth rock from the soon or as its better known, Jupiter, is a gas giant. Some of Jupiter’s 67 moons are Europa, Ganymede, Io, Callisto, Valetudo, and Amalthea. You can only imagine the size of this planet compared to these moons.

You can see the detail of ominous clouds etched in the 3D version of this gas giant. The atmosphere on Jupiter is very unpleasant compared to that of earth. Jupiter’s atmosphere is made up of hydrogen helium, methane and ammonia just to name a few abundant elements. You can safely enjoy observing Jupiter with your very own 3D replica.

Far Out Facts About the Gas Giant Jupiter

No matter which one of these amazing 3D replicas you choose, you’re gonna love it. I like to set mine on the wooden stands they came with and display them on shelves or with my Star Wars memorabilia. You can also hang them with special hangers that make them appear to levitate in your room.  Love what you see? Get yours today!