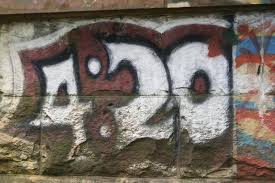 2019 is off to a phenomenal start in regards to the cannabis movement. Within just the first 2 weeks of the year, there have been some significant moves from lawmakers across the U.S. that are looking to reform the current cannabis laws in their states as well as nationwide.

On January 10th, Representative Earl Blumenauer of Oregon introduced what is being dubbed the “420 Bill”, formally known as H.R. 420. This bill which is also known as the “Regulate Marijuana Like Alcohol Act” aims to do precisely what the title states.

The 420 bill would regulate marijuana (cannabis) like alcohol. It would essentially remove cannabis in all forms from the Controlled Substances Act and allow states the freedom to regulate it as they so desire.

Blumenauer, who has been a strong advocate for nationwide and local cannabis reform, is also a founder of the Congressional Cannabis Caucus. This bill, if passed, would allow the ATF (Alcohol, Tobacco, and Firearm) division of the U.S. government to control regulations.

Representative Blumenauer stated the following in a recent interview, and we couldn’t agree with him more.

“Our federal marijuana laws are outdated, out of touch and have negatively impacted countless lives. Congress cannot continue to be out of touch with a movement that a growing majority of Americans support. It’s time to end this senseless prohibition.”

It is enlightening to see political representatives actually taking a stand for what is right and representing the will of the masses.

After last years’ midterm elections in the U.S., hope is at an all-time high for positive reform at the national level. This is due to the many new representatives taking positions in the House and Senate that support change regarding cannabis laws.

Do you support this bill and the idea of regulating cannabis like alcohol? If so share this article with your friends and start contacting your representatives asking for their support when the 420 bill rolls in front of them!