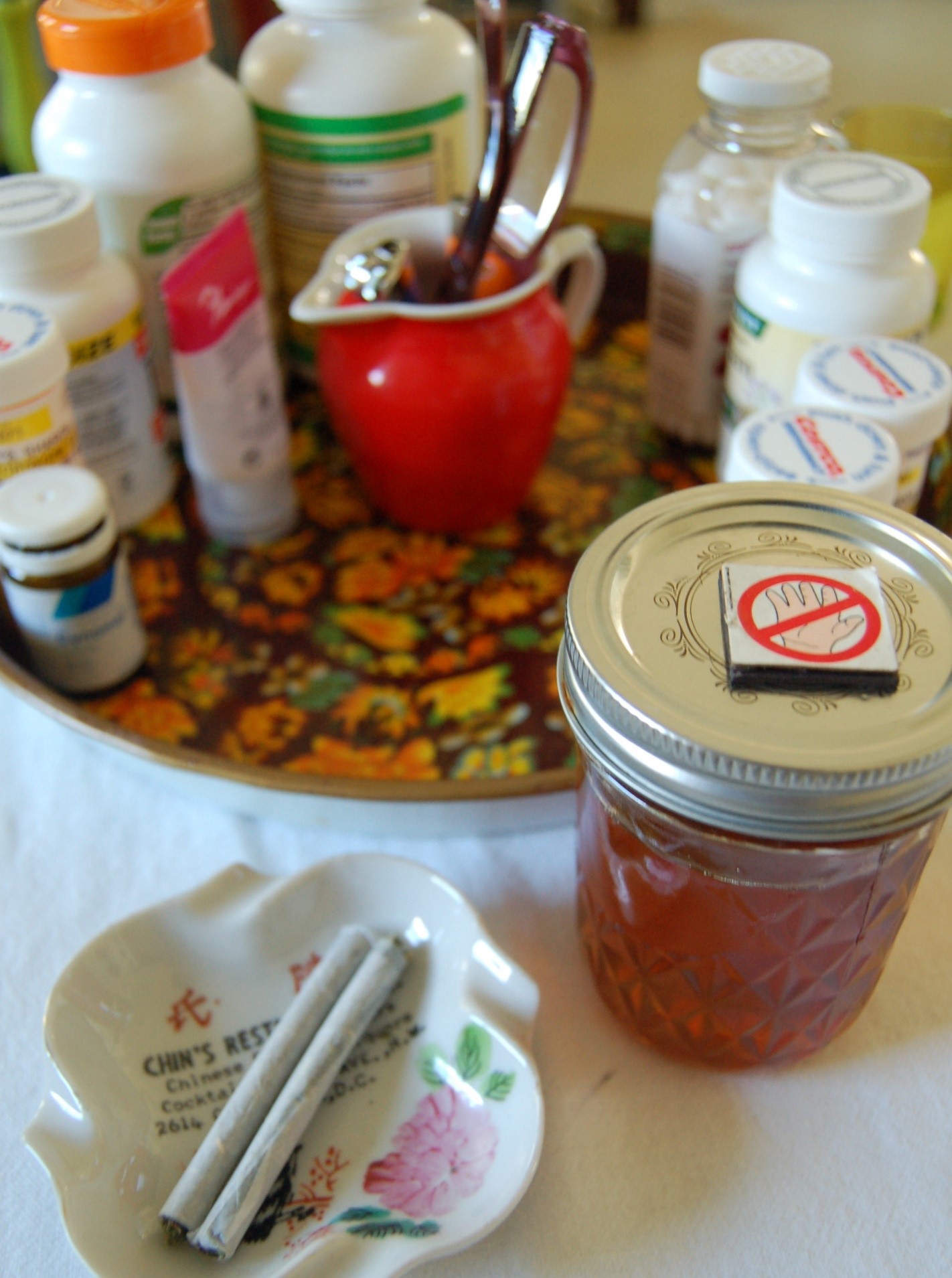 Menopause snuck up on me. I was still reveling in the fact my periods were a thing of the past, dreaming of wanton sex on the kitchen counter with no thought of pausing for birth control, when the crying jags began. We never made it to the kitchen counter. My partner was at a complete loss and then the mood swings came.

The demeaning descriptor, “crazy bitch” comes to mind. My partner (now my ex) was no angel, but honestly, there is nary a literate male comparative for the beast I became.

As if the emotional roller coaster wasn’t enough, the physiological aspects of the up to 85 possible symptoms (some lasting up to 15 years) were enough to ensure the many endless crying jags continued.

Raging Hormones: The Ride of Your Life

Hormones are fragile things and women are ruled by them. At sixteen smoking pot put an end to the pain of menstrual cramps and gave me clarity, but I never gave the plant kudos deserved for keeping young, hormonal depression at bay until I needed it for Hypothyroid Disease combined with Menopause.

When emotion rises up in a man’s throat a tantrum can ensue; when a woman feels that painful lump, she breaks down and cries. It has nothing to do with strength, it’s purely physiological. Women release toxins with tears, a much needed process preceded by generations of misunderstanding, shame, and, subsequently, a fear of tears for many men.

Yes, a raging hormonal woman can be just as abusive and unreasonable as a testosterone driven man, but our letting go in hormonal rage often comes from a place shushed for decades, after suffering in silence for physiological and emotional issues we barely understand ourselves.

Hallucinations caused by food poisoning via moldy loaves of rye led to the infamous Salem Witch Hunts and subsequent trials lasting more than a year, from the top of 1692 to mid-1693 in the Massachusetts colony. Literal gossip spread the infectious bullying to Europe, where women were accused and abused regularly for the slightest variation from the norms of society.

One favored theory of those hunted is the women targeted for heathens were, for the most part, hormonal. Adolescent girls, young women in their 20s, and menopausal Crones were all said to exhibit signs of Satan’s influence (ask my ex).

As a once strong and independent woman I found myself sobbing at the side of the road, overcome with empathy for strangers in need; my once confident demeanor slipping into worthlessness at the slightest critique; and my temper flared hotly in defense of the smallest cause – right or wrong. It’s as if everything I learned in Kindergarten to get along in this world was thrown out the emotional window, with no net, and my playmates were left standing there, stunned.

Without proper discussion and education the average woman in her late 40s to early 50s often slides into the event in ignorance, shrugging symptoms off with relationships lost, partners frustrated and distant; and once again, a once seemingly normal woman is burned at the stake for naught.

Menopause nearing 50 only irritated a 1999 diagnosis of Hypothyroid Disease at 40, but I had no idea what I was facing until it was upon me.

A bow-tie-shaped gland located at the base of the neck, the thyroid influences every cell and organ in the body, while controlling metabolism, growth and maturation. It’s an on-demand gland, releasing hormones into the blood stream, as needed.

At the time I was diagnosed just eight percent of all women in the U.S. were diagnosed with the disease. Today the stats reflect upwards of fifty percent of American women suffering from a list of up to 35 symptoms. With nearly 60 percent of all suffers not realizing they are sick, with the end result an inundation of prescription meds given for myriad, random symptoms that seem to come and go as they please.

Hypothyroidism slows metabolism causing fatigue, a slowed metabolism leading to weight gain, a black cloud of depression, and multiple symptoms similar to Menopause. Combined with Menopause, it creates a double threat that increases the severity of the combined symptoms.

The cause of Thyroid Disease is sketchy but theories lead to environmental issues, such as Fluoride in water depleting natural iodine needed to function; and heavy metals and toxins released to our air and added to our food supply since the 1940s, via “good living through science.” 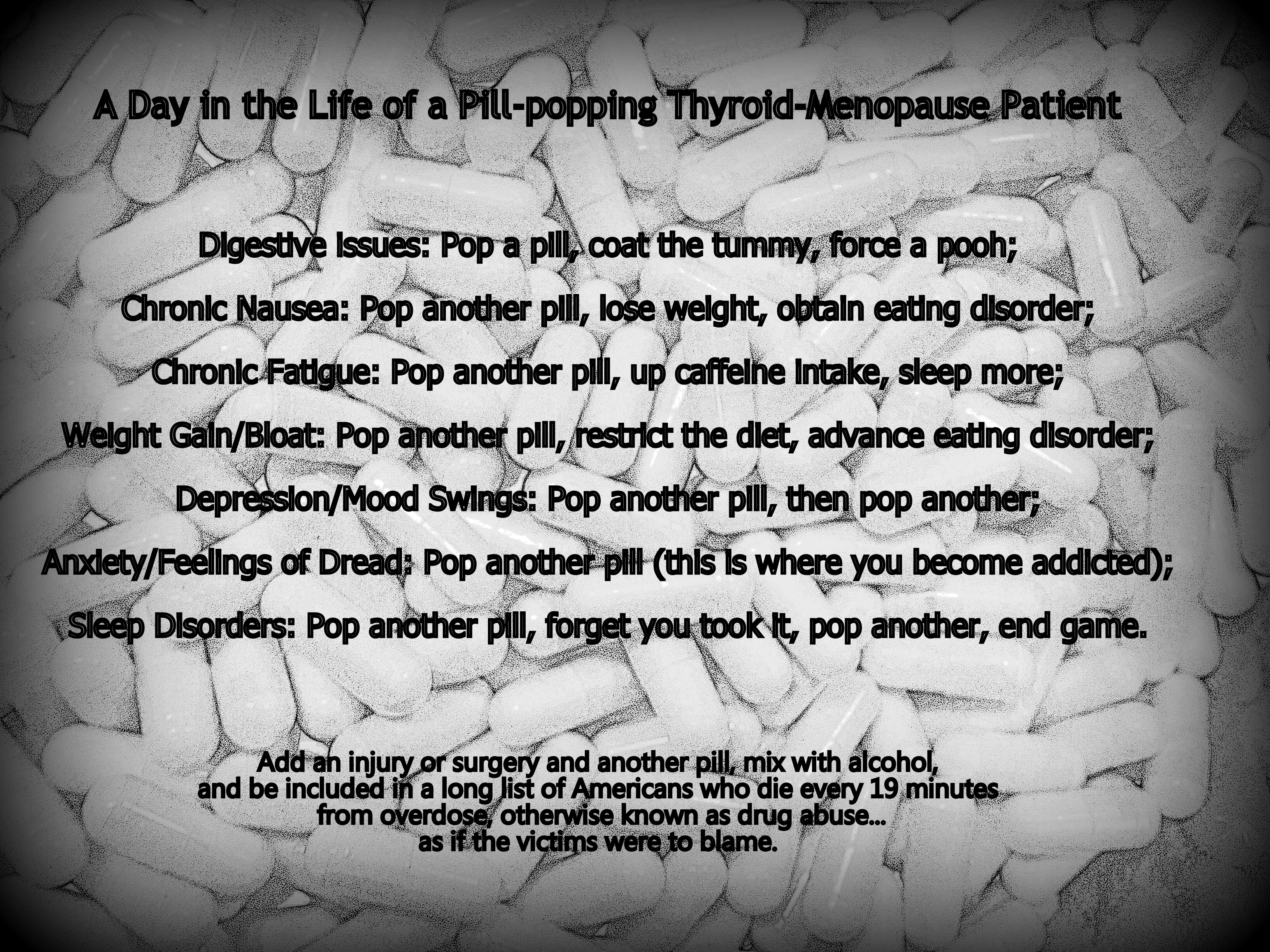 Prior to diagnosis I had gained upwards of 50 pounds and began suffering from lower back pain brought on by an auto accident, irritated by the extra pounds. Pain killers were added to a cocktail of prescription meds treating each symptom until nothing worked. My life became my illness and at the age of 40 I became another middle-aged, overweight, unwell client of big pharma.

The dual diagnosis has been called an epidemic in the Boomer Generation (those born between 1946 and 1964), with emotional issues often misdiagnosed as bi-polar, clinical depression, mania, and worse.

Knee deep in Menopause, my prescribed Thyroid medication, Synthroid, had become ineffective and yet another pill, Cytomel, was added. I had taken it before but it wasn’t always covered by insurance and was a bank breaker at $150 for a 30-day supply. 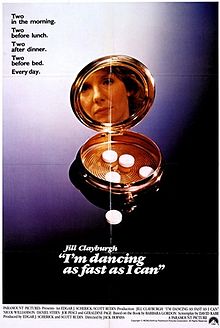 Then mania set in, complete with panic attacks never experienced prior, and I re-read the warning label… “Not to be used as a weight loss aid.” This told me big pharma was reducing me to a speed junkie, accelerating the rate of hormones sent into my body synthetically in an effort to increase my metabolism, wreaking havoc with my body in the process. And I was not getting better, I was getting worse.

Personal problems escalated, blatant infidelity was thrown in my face and my bullshit meter hit the roof. Things were thrown, doors were slammed and I crashed into a sea of prescription pills, despair, and suicide – or at least an attempt with my little bottle of Valium – ironically added to my pharmacopeia in an effort to help me reduce anxiety.

Otherwise known as the “chill pill,” Valium was developed in 1963 and was an instant hit with women, treating anxiety and the many un-pleasantries of life, inspiring Mick Jaeger of the Rolling Stones to pen “Mothers Little Helper” with Keith Richards in 1965.

Kids are different today, I hear every mother say
Mother needs something today to calm her down
And though she’s not really ill, there’s a little yellow pill
She goes running for the shelter of a mother’s little helper
And it helps her on her way, gets her through her busy day 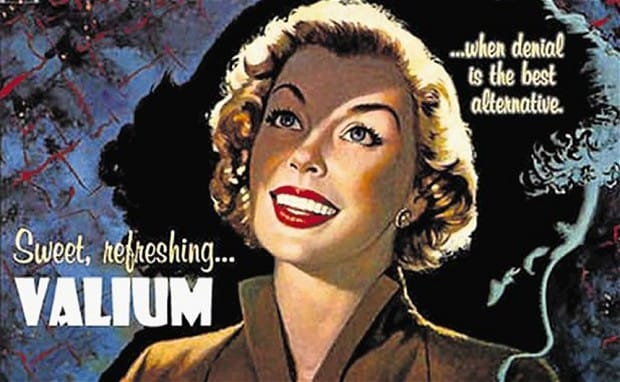 Used in rehab centers around the world, Valium mimics alcohol. What this means is, if you have a prescription it’s perfectly acceptable to take your chill pill any time of day – no need to hide Kaluha in the morning coffee.

By 1982 the world was hip to the hype, with actress Jill Clayburgh popping up to nine a day as documentary filmmaker Barbara Gordon in docudrama, “I’m Dancing as Fast as I can,” the Valium version of Hubert Selby’s “Requiem for a Dream.”

I ended up in a lock-down facility in the middle of the night, sobbing, wishing I were dead; a shoe box full of prescription meds I dutifully took daily at my proverbial side, with an inaccurate diagnosis of “Bi-Polar” on my psychological record.

There was no mention of the many menopause symptoms I was suffering through, no mention of the condition of my thyroid or the combination thereof; and no discussion of the subsequent laundry list of medications taken, let alone the possible emotional melt-down ramifications thereof. I was nothing more than another crazy bitch who wanted to kill herself in a sea of highs and lows.