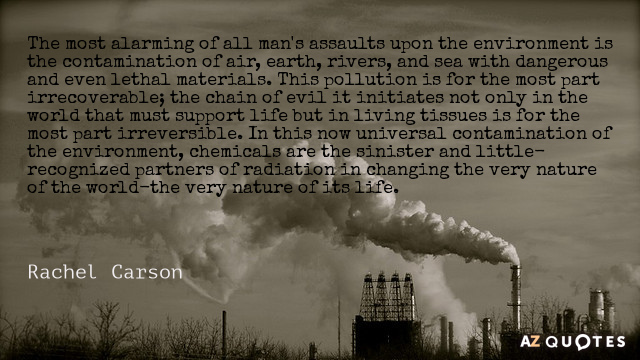 The spider web-like mass found in my right breast the summer of 2012 had me thinking about my mom, the farm she was raised on, DDT, Rachel Carson, and Cannabis – in that order.

I saw the configuration while proactively peeking over the shoulder of both the mammogram and ultra-sound technician. 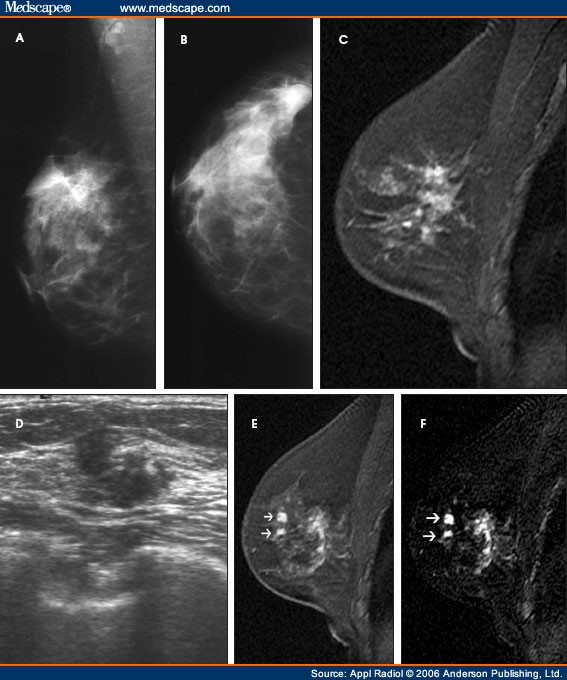 While waiting for the biopsy I decided to do some research and easily found an image of a nearly identical mass on the Mayo Clinic’s Web site, naming it, “Lobular Carcinoma.”

This type of cancer begins in the milk-producing glands of the breasts or lobules, affecting 10 to 15 percent of all women in the U.S. It’s a mass, not a lump, as with Ductal Carcinoma, affecting up to 85 percent of women in this country, annually.

This information can be found in the Mayo Clinic’s tedious, page-by-page listing of incredibly limited information, with the only cause listed as Hormone replacement.

This stumps me as my sister – who is 18 months older – had this same type of cancer just two years prior, undergoing surgery, chemo and radiation – with no Hormone replacement ever used prior.

Surgeries are invasive, chemotherapy does more harm than good, and radiation is now known to cause secondary cancers, such as lymphomas, and the FDA is actually considering taking it off the market for this reason.

In my mind, being proactive about one’s health is equal to being able to see past the smoke screens of modern day medicine. Being a Cannabis patient I’m skeptical of traditional treatments that seem to do more harm than good.

Once Upon a Time

My mom grew up on a farm in Illinois just outside the State Capitol of Springfield. Yes, Springfield. Kind of like The Simpson’s – the difference being, my mom told childhood stories of dancing with my aunt and uncle beneath the rain of DDT falling down from crop dusting airplanes on the waving fields of grain. None of them grew a third eye, all died of Cancers.

Before my Aunt passed she phoned me up, urging me to look into the pesticides used on the farm. At the time I was dealing with my own daughter’s auto-immune disorders, having been diagnosed with Fibromyalgia at 13. I was also just diagnosed with Thyroid Disease – another disorder under the auto-immune spectrum – but I never connected the dots to the family’s ailments.

I am second generation DDT, my daughter is third. This means something, as we have a lineage of chemicals in our genetic bloodlines, with many other toxins and heavy metals literally showered on us for decades.

Recent studies indicate that DDT alone stays in the genetic blood lines of lab rats up to five generations that they know of, with cancers in our stem cells, with chemo and radiation only scratching the surface.

American Biologist Rachel Carson spoke out on the dangers of DDT when the compound was first found to have insecticidal properties in 1939, then marketed to the masses. While the chemical successfully eliminated the mosquitos causing the Malaria – gracing it with the tag, “savior of mankind,” Carson ousted its dark side.

Published in 1962 “Silent Spring” was Carson’s warning, hitting the newsstands long after the non-water-soluble poison saturated our soil, water and ultimately our food supply for decades.

In the book that should be considered mandatory reading today, Carson warns of cancers and worse, describing how DDT attacks the Central Nervous System of its prey – paralyzing and rendering them defenseless until their immune system fails and each organ stops functioning as they suffocate and die.

Those familiar with neurological, auto-immune, or central nervous system disorders leading to physical debilitation, such as Parkinson’s, ALS, or Alzheimer’s just got a chill. For that matter, most of our modern day ailments stem from some kind of toxic poisoning from the chemicals or heavy metals surrounding us, daily.

Cancers are a given, but heart disease and the myth of high cholesterol has recently been discussed publically by many cardiologists who insist that every heart they’ve ever opened up was inflamed and infected, leading them to the conclusion it’s not for lack of blood flow, it’s diseased, plain and simple.

Carson’s book caused the removal of DDT from U.S. markets, spawning the environmental movement, and forcing the U.S. to implement the Clean Air & Water Acts of 1973 and 1974, respectively. But the damage was done and today we are suffering the dire consequences with our ill-fated health. 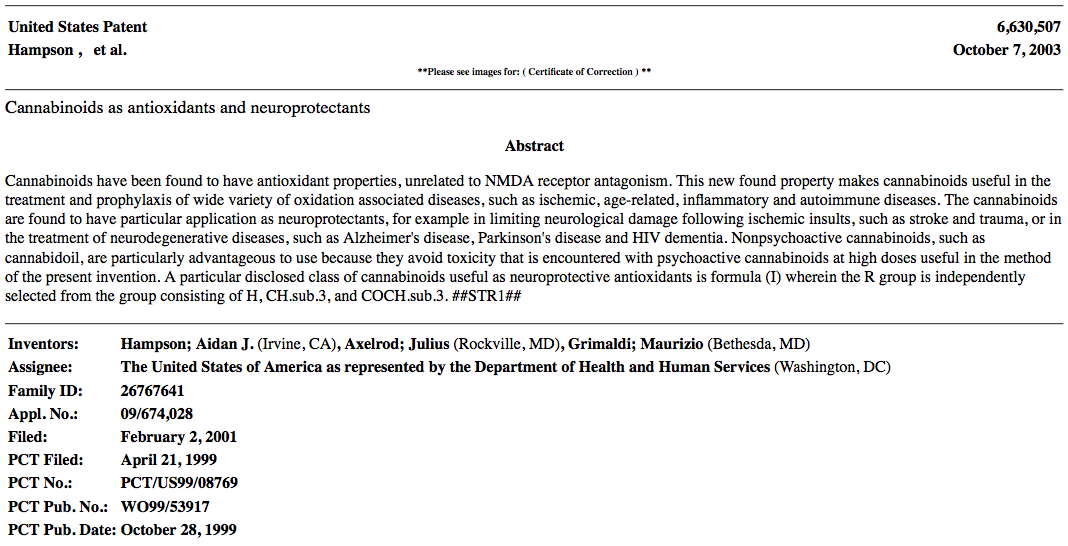 The good news is, as listed in U.S. Patent No. 6,630,507 B1, “Cannabinoids have been found to have antioxidant properties … useful in the treatment of a wide variety of oxidation associated diseases, such as ischemic, age-related, inflammatory and autoimmune diseases … (with) particular application as neuroprotectants, for example in limited neurological damage following ischemic insults, such as stroke and trauma, or in the treatment of neurodegenerative diseases, such as Alzheimer’s disease, Parkinson’s disease and IIIV dementia.”

The information on the patent is crucial, as it provides us with the knowledge we need to move forward with our own self-care with Cannabis. My doctor was unaware of its advantages before I presented my findings to her. How could she? We learned together as I did away with cancer, pain, and eight prescription meds.

We can’t stop the toxins around us, but we can educate ourselves and others to this good medicine – one person, one plant at a time.