January 15, 2018 Posted by CannaLance Culture and News No Comments

The simplest thing such as a border can drastically change the meaning of words. Just recently in preparation for the upcoming adult-use legalization of cannabis in the country Health Canada launched a social media campaign aimed at educating the public including youth and parents about cannabis, there was some lingo referenced that has stoners throughout the community and culture scratching their head with confusion.

Health Canada tweeted a photo during this recent campaign that included a chalkboard with some terms that they suggested may not mean what you think. In other words, they were hinting that these were cannabis slang terms that people should familiarize themselves with.

Some of the words included in the list many people are familiar with such as purps (“Purple” cannabis strains), and keef (although incorrectly spelled). Other terms, however, such as “boom” and “errl” have many cannabis connoisseurs, patients, and even stoners alike shaking their head in confusion.

Have you ran across these terms in your experiences with cannabis? If so we would love to hear your input as to their meanings! What other off the wall cannabis terms have you heard that others may not be aware of? Weed love to hear from you in the comments below! 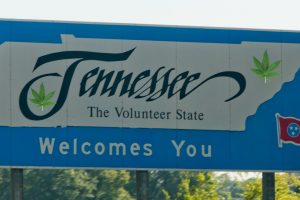 Legal Medical Cannabis Could be Coming to Tennessee, Sort Of

As it stands in the United States, there are currently[...]