The REFER Act of 2018 and What It Protects 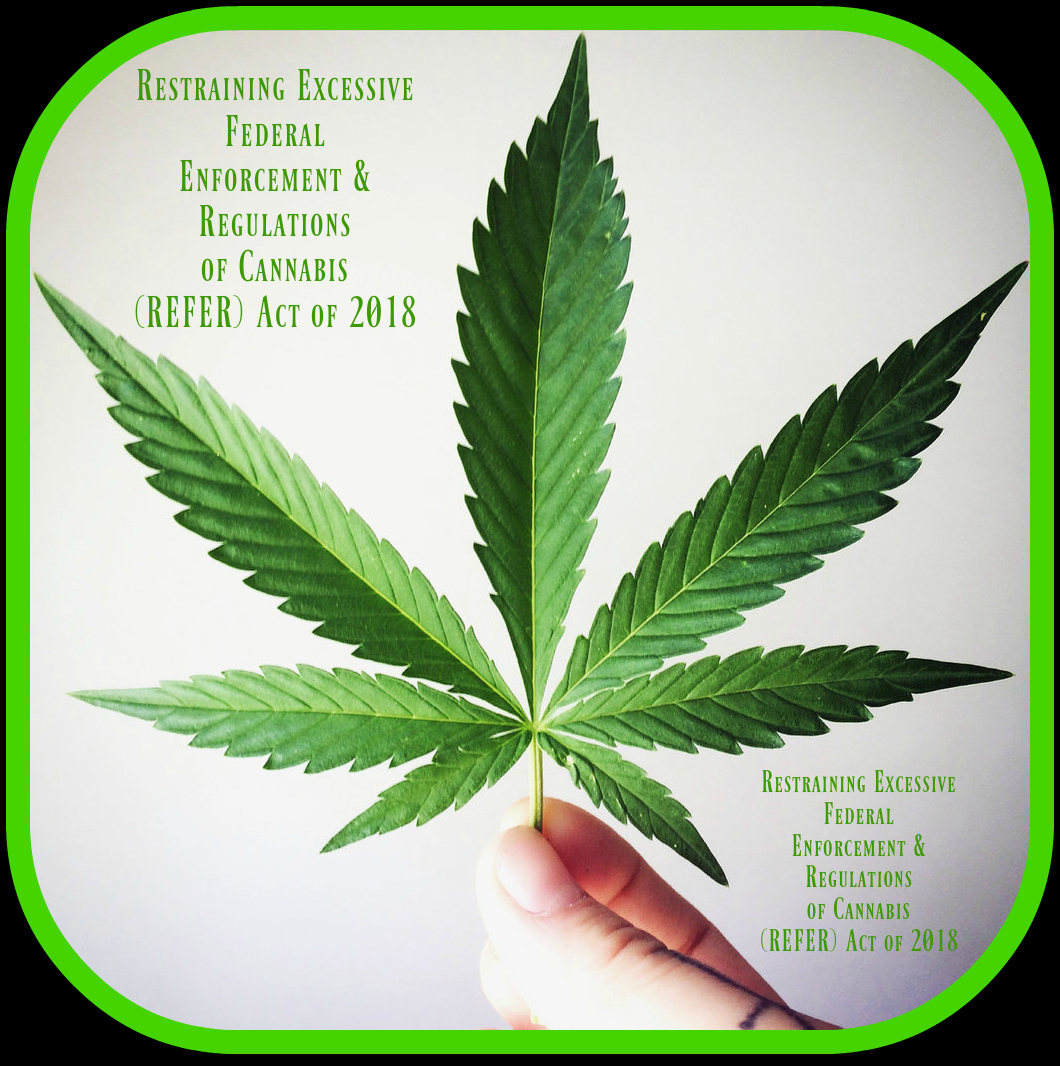 The protection surrounding states that have chosen to legalize cannabis for medical or retail purposes from the federal government has been making headlines recently as attorney general Jeff Sessions recently rescinded one of those protective measures known as the Cole memo. The other piece of legislation that’s designed to protect states from the use of federal funds to enforce federal drug laws in states where cannabis has been legalized is known as the Rohrabacher-Farr amendment.

The Rohrabacher-Farr Amendment protects states from the federal government utilizing taxpayer funds to go after businesses consumers or patients who comply with state laws. This piece of legislation, however, has to be renewed on a consistent basis and has faced considerable opposition in the past. In fact, this piece of legislation that was just recently renewed in December is set to expire again at the end of this month.

Without the Cole Memo or the Rohrabacher-Farr amendment in place, the Federal Government could shut down every existing medical and retail cannabis establishment whether they are operating within compliance of their state laws or not based upon cannabis’s status at the federal level.

On Friday, January 12th Congresswoman Representative Barbara Lee from California introduced the Restraining Excessive Federal Enforcement and Regulations of Cannabis Act of 2018. This bill is also being dubbed the REFER Act. All previous pieces of legislation only protected the US justice department; the REFER Act provides full protection from all federal agencies from interfering with both adult use and medical cannabis markets operating in compliance with local state laws. Also unlike other pieces of legislation in the past, the REFER Act will be a permanent bill that will not require consistent renewal and would take much effort to rescind.