The U.S. is Light Years Behind the Rest of the World 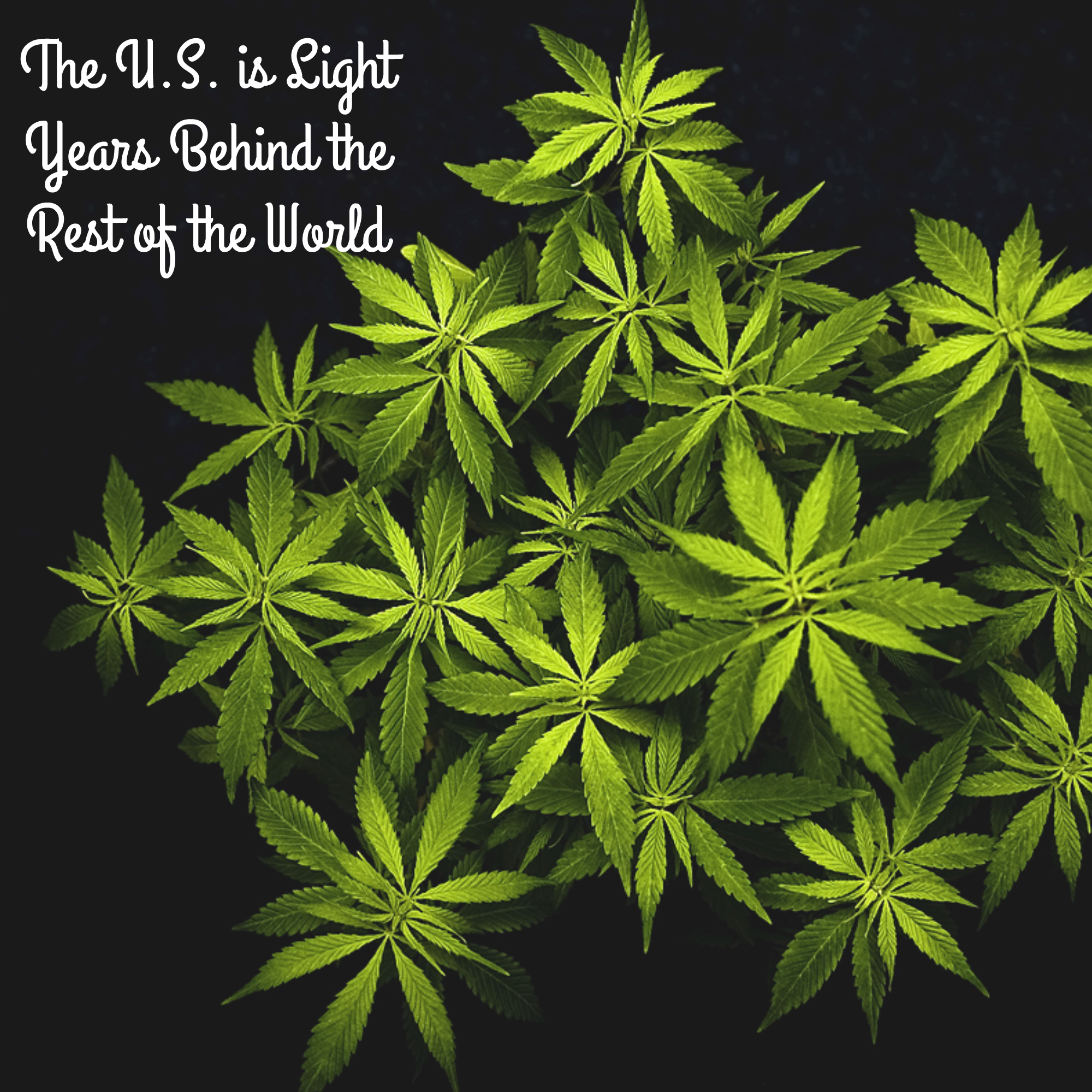 Cannabis legalization seems to be moving ahead at full steam in the US. Many states that previously had no form of medical cannabis laws are adopting some form of language that allows for access to medical cannabis. Unfortunately, these laws are shit. The laws are set up to allow low dose CBD oil only in many cases or are only available to those who are terminally ill. While the United States politicians play games with the lives of US citizens other countries are light years ahead.

Leading the stride in research, factual information, and stability Israel has to be in my opinion rocking the green scene with much respect. The people and the government understand the medical aspect of this plant. Often times you will not hear them refer to it as medical weed or pot it is either medical cannabis or medical marijuana. For the most part, I only hear the reference to medical cannabis. While we’re playing around with should we or should we not legalize cannabis for people in certain States, should we or shouldn’t we take away their driver’s license and right to own weapons if we do so, and other bullshit other countries are blowing past us.

Israeli officials have reviewed preliminary readings in their Parliament that would allow for exporting medical cannabis that is certified and qualified. The legislation is expected to be completed next year. It’s estimated that 1.1 billion dollars a year in additional revenue would come right away from global cannabis sales from Israel.

If you think Israel’s the only ones with a ship ready to sail full of big beautiful bales you’re wrong. The Netherlands and Canada already export cannabis. Any day now you will see Uruguay popping up on the global cannabis market as well. In 2015 laws were past legalizing cannabis research, cultivation, exportation, and development. While these countries are looking at a growing economy in a new market just like always the United States is falling behind while we wait on old politicians to move their money around and start to support a plant that every American should have the right to.

We know they don’t want to legalize it until it’s their kid, wife, or loved ones sick. Not quite sure why they can’t take some lessons from other countries even our neighbor to the north Canada has performed cannabis research that is light years ahead of what our government is permitting in what is supposed to be a free country.

It’s sad to see that they’ve taken a plant so near and dear to people such as myself and made it a mainstream capitalization for the wealthy. Currently, there are over 50 companies from the US conducting research on medical marijuana in Israel. There is over a hundred and twenty-five million dollars invested from U.S. investors in Israeli cannabis operations as of 2016 imagine what that money could do here at home!

2017-11-09
Previous Post: Cannabis Consumers are Partaking in More Sex Than Those Who Don’t Toke
Next Post: Headlines Show a Change of Times