October 5, 2017 Posted by CannaLance Culture and News No Comments

From the Cannabis Culture brand to the up rise in cannabis businesses and stocks to invest in, cannabis is almost synonymous with Canada these days. For several years there has been talk amongst the political leaders about decriminalizing or legalizing the plant for retail purposes for adults. Unlike many other places around the world, their agenda this far has not seemed to be driven by revenue or potential money from taxes but rather the actual well-being and health of their citizens.

While the exact date for when Canadians will see legalization for retail purposes may not be set in stone at this time a recent announcement by the country’s prime minister Justin Trudeau seems to stick with their underlying reasons for legalization and it would also appear as if they are looking to eliminate the black market altogether. On October 4th Justin Trudeau made an announcement about what prices consumers will likely see when retail sales begin. According to his announcement cannabis will be priced under $10 a gram on average and will see a $1 per gram tax for cannabis in this price margin. For any cannabis that is priced over $10 a gram, there will be a 10% excise tax applied to the final purchase price. With prices at this rate and taxes this low not only does Canada stand a chance at eliminating the current black market for cannabis but they will be setting a standard for other places, unlike the United States where many states tax consumers 15 – 30% on every dollar of cannabis products purchased which is resulting in billions of tax dollars being generated each year.

We are excited to see what will come next in Canada and whether or not the reality of prices after legalization actually stick to what the PM had to say on Wednesday. Be sure to check out this month’s edition of The Emerald Magazine for an exclusive front cover interview with Canada’s Princess of Pot Jodie Emery herself by the owner and writer here at CannaLance and the Bud Bulletin, James Priest!

Cannabis is big business. The legal cannabis industry is booming![...] 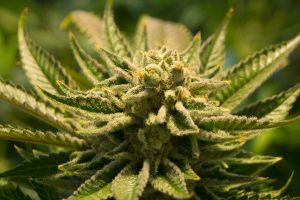 The holidays are here once again, and they won't be going anywhere until next year. Then before you know it it'll be Valentine's Day. This year get a jump on the holidays while you still can with blazing and amazing holiday pricing for freelance writing content specifically for the cannabis community!

Hemp quite possibly is the most incredible, edible, buildable, wearable,[...]