Not A Parachute In The Sky, The Parachute You Go To, To Get Your Cannabis Supplies 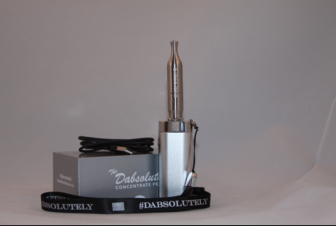 Up in the news, it’s a bird, no it’s a plane, no wait a minute it’s Parachute? That’s right, Parachute Colorado is in the news for getting something that will make some feel a little extra elevated. This small town with a population of just over a thousand people as of the 2010 U.S. census report, is getting a drive-up window at The Tumbleweed Express expected to be open for business as soon as March of this year.

Now you might be laughing and thinking to yourself, lazy stoners, but consider this. A medical patient with arthritis, or anxiety or someone new to the cannabis lifestyle that may not want the world to know or even the crowd in the dispensary. Let’s face it, sometimes cannabis consumers can be a little scary looking.

The Tumbleweed Dispensary in Parachute Colorado received the necessary approval for a drive-up window at their dispensary. This approval came from both the state Marijuana Enforcement Division and the Parachute Board of Trustees.

The 1960 Nobel Prize in Chemistry was awarded to a man named Willard Libby, who was born in Parachute. This brought some attention to the small town found in Garfield County. Now a new claim to fame is upon them with what is believed to be the first of its kind, a drive-up window at a cannabis dispensary.

Now for reasons such as pain, anxiety, or conditions like rain or snow, there’ll be a place to go. A place where you don’t have to go far, or even get out your car, to score the weed you need. Just pull up to the window at the Tumbleweed.

The Tumbleweed Express that is. Stop by and visit the Tumble Weed Dispensary at 150 South Columbine Court, Parachute, CO 81635. Call or email them at 970-285-2166 or tumbleweedparachute@gmail.com and check them out on Weedmaps to see their menu and be sure they have what you’re after.

Thanks for entertaining a few minutes of your time with this blog. Keep learning and teaching others about this incredible plant. A single seed can tip the scales.

2017-02-19
Previous Post: Champion Cannabis: The Champion The People Need
Next Post: Drive-Up Cannabis At The Tumbleweed Express in Parachute Colorado