Cannazaar, A Cannabis Bazaar For All

The first Cannazaar just happened on Sunday, June 12th, 2016 and was a great success. The crowd was a relatively small one, but it still was a good turnout. Just WTH is Cannazaar you ask? Well, that’s a great question. I had the same question as I was going. Being it was the first ever Cannazaar, nobody knew what to expect. Nonetheless, we all showed up for a blazin and amazin time.

Cannazaar was held at Cluster Studios in Denver. There were several entertainers from strange tall people on stilts to pole dancers and a harp performance. Not to mention jumping, kicking, flipping people and of course the 420 Goddesses themselves along with the lovely Cannazaar ladies.  There were cupcakes, cheesesteak sandwiches, smoothies and more to help cure cottonmouth and the insatiable munchies brought on by the Dab Bus courtesy of High-End Transportation.

The Dabsolute Concentrate Pen was on point with a booth right next to the dab bus. I was lucky enough to score a deal on my Dabsolute Pen, which came in handy on the dab bus. I already had one but had been wanting to get another one, and this was the perfect chance. Now both the wife and I have the dabsolutely incredible Dabsolute Pen.

I loved the Dab Bus at Cannazaar from High End Transportation. This was the ganja bus for sure. I met some dope people while on the dab bus. Reps from DOPE Magazine, employees from Evo Labs, and some cool as hell everyday people. I felt the occasion called for a little 24 k in our ashtray. So I broke out with the Shine 24 karat gold cone. Some kick-ass guys from Natural Alternatives in Fort Collins were gracious enough to load that 24 karat gold cone with some Colorado Diesel. 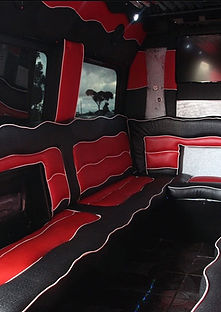 While at Cannazaar, I helped break in the Daborator, an all-new dab rig from the makers of the Dabsolute Pen. Needless to say, it was a blazin time. About 2 hours later, 20 joints, 3 grams of dabs, a few blunts, and a handful of edibles had passed. Now that’s my kind of ganja bus! High-End Transportation provided a high-end solution in a situation that allowed for the collective gathering of some amazing dabbage to occur in the mile-high city!

This event was the first Cannazaar event in a series of many to come. Keep your eye out for information on the next date and be sure to mark your calendars. Don’t miss out on the entertainment that is the breath of the cannabis community here in Denver. Come one, come all. Come from here or come from far. Whatever you do make sure you don’t miss the next Cannazaar!

2016-06-18
Previous Post: Mesa Organics is Our Favorite Place on the Mesa
Next Post: The Chorus of Cannabis