Marijuana Legalization Will Save the Nation

The legalization of marijuana is set to happen in will take off across the country within a short amount of time. Our political leaders have toyed with our financial structure for years bailing out corporations, companies, and banks to the point the only thing that can fix it is marijuana legalization. The paper our money is printed on and the process to print it, is almost more than the money is actually worth. We are scrapping or country, tearing apart the factories that built it, selling them overseas for pennies on the dollar. Meanwhile countries that have been war like or have been to war with the United States are buying our salvaged America and building their military Arsenal’s. From new naval ships to mighty flying fortresses other countries are benefiting greatly from our political leaders misappropriated use of power and lavish lifestyles. Here I Come to Save the Day!

Mary Jane to the Rescue

Marijuana legalization is their saving grace to restructure the economic foundation of the United States of America. In 1942 during World War 2 the United States federal government encouraged American farmers to grow hemp for the war effort with a film called Hemp for Victory. Hemp helped to win this war and to secure a way of life that we all enjoy today. Though hemp and marijuana differ in many ways they have both been deemed against the law until recently. Now that they have arrested as many people as they could, overcrowded prison populations, ruined lives, and allowed people to perish for nearly 100 years it’s finally time for them to come clean.

The government is busy coming clean, clean to the fact marijuana does have medicinal value! Clean to the fact that marijuana does destroy cancer! Clean to the fact that CBD Oil is saving children every day and improving the quality of life for thousands! Clean to the fact that the entire Reefer Madness war on drugs was not only a failure but was built on a lie. Of course they are going to fight this and try to make themselves look good along the way to legalization. They could not just end prohibition altogether and legalize it everywhere because that would just be plain evident proof of their deceptive lies. By staying informed and educated on marijuana laws as they are presented, you as an individual can help to do your part in ensuring that these injustices will no longer occur.

Great Resources for Facts and Friends A Weed Friend is Indeed a Friend!

If you need information pertaining to the cannabis industry of the marijuana movement checkout NORML, the Marijuana Policy Project, Leafly, and Medical Jane.  The Emerald magazine, Mass Roots, Leafcart, and Duby are great social sides of the cannabis industry as well. These are some of the great friends we have made along our journey so far. Stay informed so that you can be educated in regards to marijuana legalization. The ending of prohibition and responsible marijuana reform laws must take place and need to be approved by informed individuals. Until next time stay lifted friends and remember if you are enjoying legal recreational or medicinal marijuana the fight for this beautiful right has just begun. There are others suffering who live in the same country that need your help and support with marijuana legalization.

From the Cannabis Culture brand to the up rise in[...]

Headlines Show a Change of Times 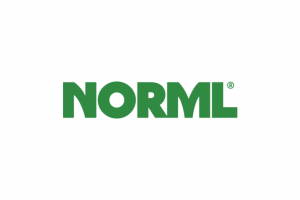 For Immediate Release: Gallup: Record Percentage of Americans Say “Marijuana Should Be Made Legal”